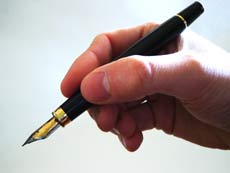 In some circumstances Family Dispute Resolution is not appropriate and the law provides some exceptions to the compulsory attendance requirement, as follows:

The Court holds the discretion to Order parties to attend Dispute Resolution (or other service or program) that it thinks may help.

A parent (or other person) that fails or refuses to attend Family Dispute Resolution or does not make a genuine effort may have legal costs awarded against them. In this regard, the Court may take the kind of certificate into account when deciding whether to award legal costs against a party.